REGISTER WITH USVIEW ALL JOBS 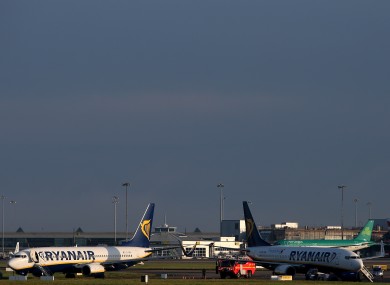 THE SECOND PHASE of construction of a 16km jet fuel pipe that will run from Dublin Port to Dublin Airport is to begin today.

The plan for the 14.4km-long steel pipe began in 2014, and is expected to cost €20 million. The aim of the project is to transport fuel to the airport in a more “sustainable”, efficient way than sending 30,000 tankard trips from the port to the airport.

Phase two of the Aviation Fuel Pipeline project is its construction, which will begin on Stockhole Lane/ Clonshaugh Road today, Fingal County Council confirmed. A major traffic management plan will be in operation for the duration of the construction works. 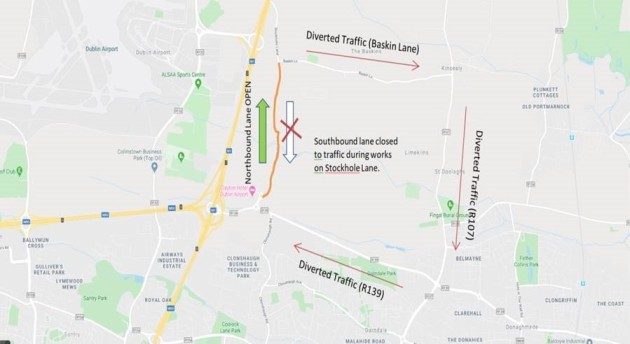 A stop-go traffic system will operate today until to Friday from 10am-4pm on Stockhole Lane between the Clayton Hotel/ Circle K Roundabout and Baskin Lane.

Next Monday, 2 March the south bound lane will be closed between the Clayton Hotel and Baskin Lane as indicated in the map. This will allow traffic to travel at all times along Stockhole Lane heading north (towards Baskin Lane).

South bound traffic will be diverted via Baskin Lane, the R107 (Malahide Road) and the R139. The diversion route will be signposted on the ground. The permitted working hours are as follows: 7am-8.30pm Monday to Friday and 9am-6pm on Saturdays.

A reduced traffic management layout with associated traffic lights and tower lights will remain in place outside of the working hours.

This southbound lane closure will be monitored closely by Fingal’s Traffic Section and will be managed on an ongoing basis. Works are expected to last 10-12 weeks subject to favourable conditions.

Local access to homes and businesses will be maintained at all times, Fingal council said.